In the by-census 2016, South Asians (SAs) are one of the largest Ethnic Minority (EM) of HK resident groups and its population increased remarkably from 38,042 to 84,875 in 10 years, Pakistanis and Nepalese combined already account for 73.5% of this group.  Their poverty rate was also high at 40.1% (2016) as compared to under 20% for the Hong Kong general population. The Pakistani group is the ‘poorest’ among all – with one in two Pakistan is living under the government poverty line, i.e. HK$4,000/month/head.

In many of these low-income EM (SA) families, fathers are usually the sole breadwinners working as construction workers, security guards, or delivery men supporting the whole family with 3-4 children. The mothers are mostly housewives married from their husband’s ‘home’ villages, coming to Hong Kong with limited education and almost no knowledge of the city and the languages used here (Chinese and English).   These families are struggling daily to make ends meet, with no resources or knowledge to invest in the children’s languages and education.  Many EM children born in Hong Kong once getting into the mainstream Chinese-curriculum based public schools will soon fall behind their Chinese peers because of language barriers, and will feel increasingly ‘excluded’ and risk to follow their father’s footstep into the path to poverty.

Ethnic Minority community is definitely an integral part of and valuable asset to Hong Kong society, past and present.  Under the Grand China’s Belt and Road Initiative and the Branding of Hong Kong being the Asia’s World City, the EM will only become strategically more important given their niche in multilingual ability and cultural connection to South Asian Countries.  They should therefore not be considered passive service users at the receiving end but actively engaged to become change agents for their own future and for a better, diverse and inclusive Hong Kong. 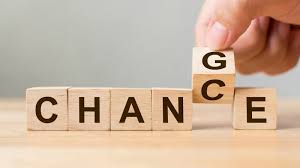